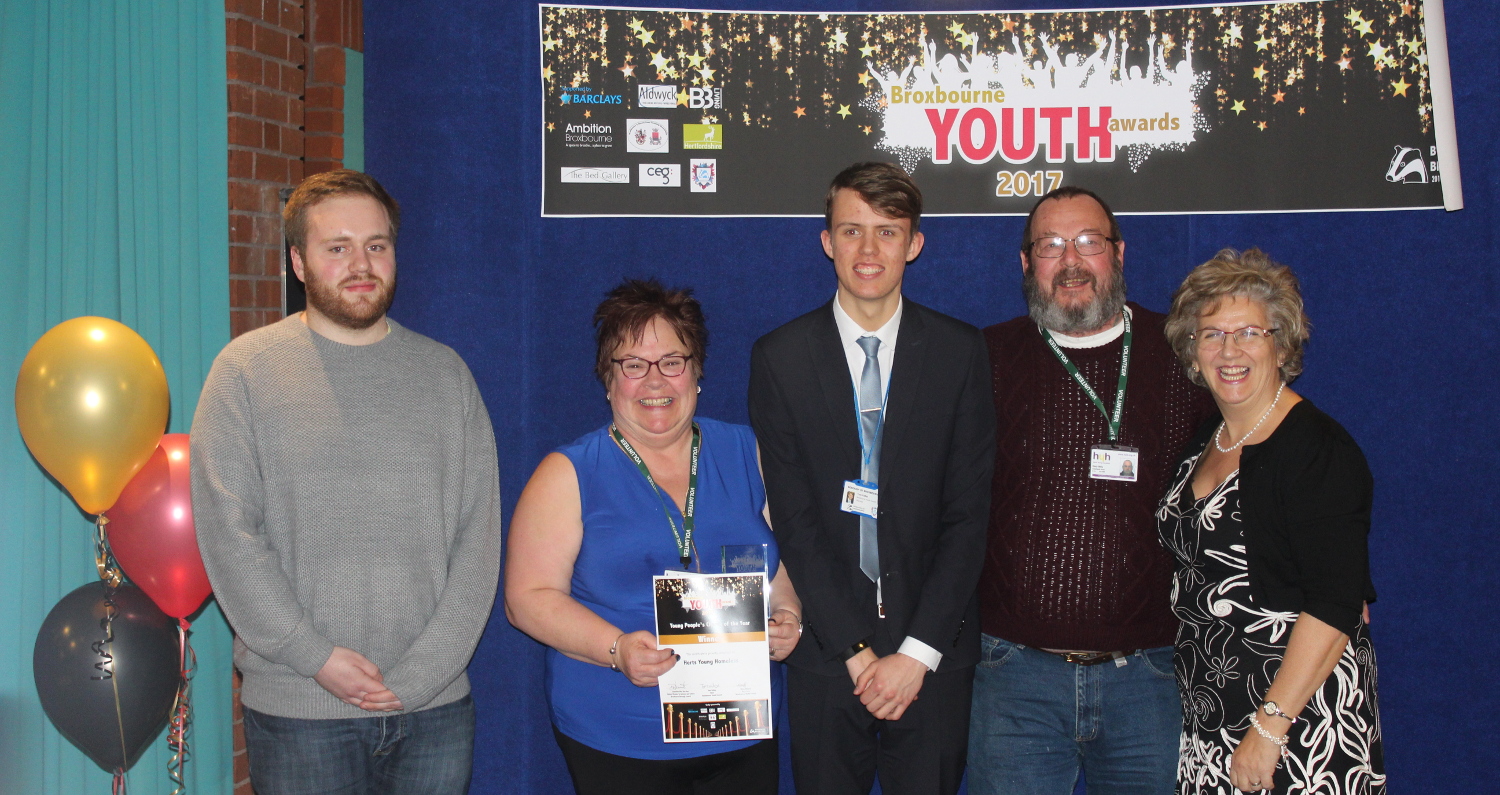 Herts young Homeless have scooped Young People’s Charity of the Year at the 2017 Broxbourne Youth Awards.

We were nominated by some of our volunteers and service users for “enhancing and transforming the lives of young people in Broxbourne and Hertfordshire by providing inspirational care and support across a variety of services.”

The awards, held at The Spotlight in Hoddesdon, celebrate the achievements of the borough’s young people and those who provide services to them.

There was live music, dance and even a Taekwondo performance in between the awards being presented.

“We’re incredibly proud to have won as all the charities nominated for the award were equally deserving of it,” said Sophie Phillips from hyh’s Education Service, who attended the evening.

“The achievements of the young people recognised and the commitment of the organisations, teachers and youth workers that support them made for a truly inspiring night.”