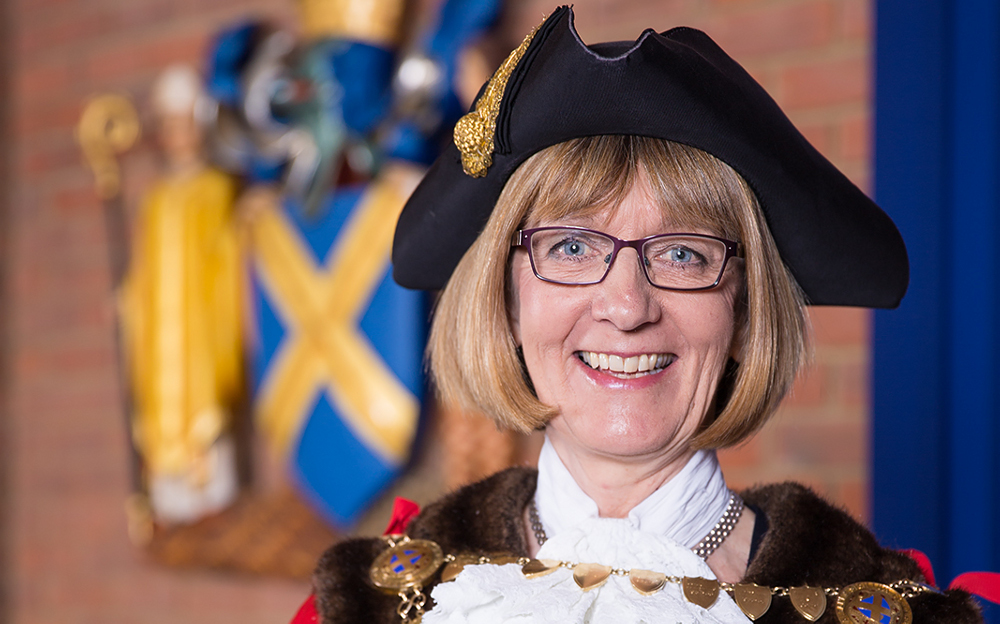 The new Mayor of St Albans and District, Councillor Frances Leonard, has elected to support hyh during her term in office in recognition of the “valuable work” we do.

“I chose to support Herts Young Homeless during my term as Mayor because it is an important charity that does a great deal of valuable work for our community,” Cllr Leonard said. “They provide much-needed services to young, vulnerable people who have often had to cope with very challenging life experiences.

“I am looking forward to working with Herts Young Homeless during my Mayoral year. I hope to raise funds for them as well as highlight the contribution they are making to the District.” Cllr Leonard became a district councillor when she was elected for the Sandridge Ward nine years ago and is the 473rd Mayor of St Albans.

“The Mayor of St Albans is a very prestigious role so this is a wonderful opportunity for us to raise not only our profile in the St Albans area but also the issue of homelessness,” said hyh CEO Helen Elliott. “We’re really excited that Cllr Leonard has chosen to support us, she has already shown a keen interest in what we do and we look forward to working with her in the coming year.”