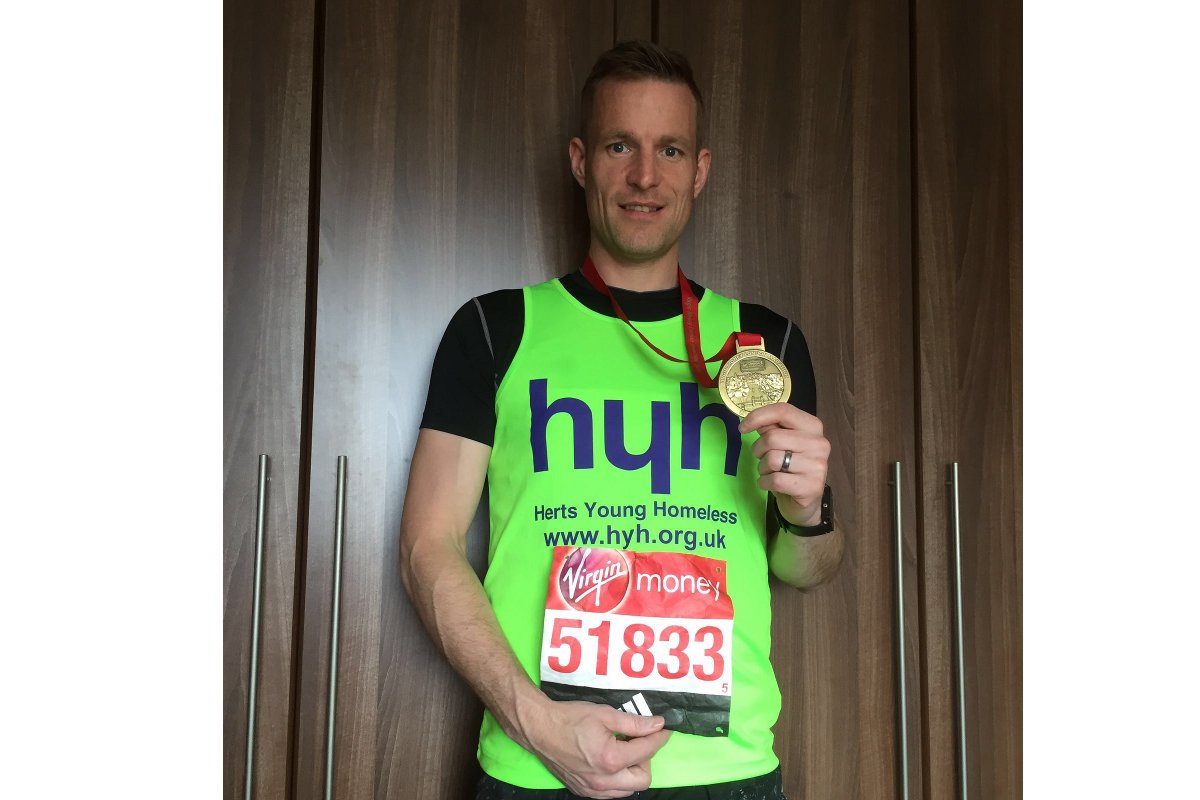 The months of training paid off for our intrepid London Marathon runner Stuart Witty who crossed the finish line on The Mall in a fantastic time of 4 hours, 25 minutes and 30 seconds to raise over £4,500 for hyh. Stuart, who works for Hertfordshire-based company Willmott Dixon, told hyh about the joy (and pain!) of taking part in the world famous race.

“It was an unbelievable experience. I really enjoyed the day.
“If you asked me at mile 22, then I probably would have said I’m not enjoying it but it was so emotional coming over the finish line.
“I was doing really well until mile 20 and then I started getting cramp in the back of my legs so I had to slow down and stretch.
“The last five or six miles was hard going but the atmosphere going round was fantastic. It was just like a carnival.”

Stuart, who began training for the gruelling event in November, was cheered around the streets of London by his wife and three daughters.

Aside from the medal he received for finishing, Stuart’s other race memento was a stiff left knee!

If you’d like to add to Stuart’s amazing fundraising total, his page is http://uk.virginmoneygiving.com/StuartWitty