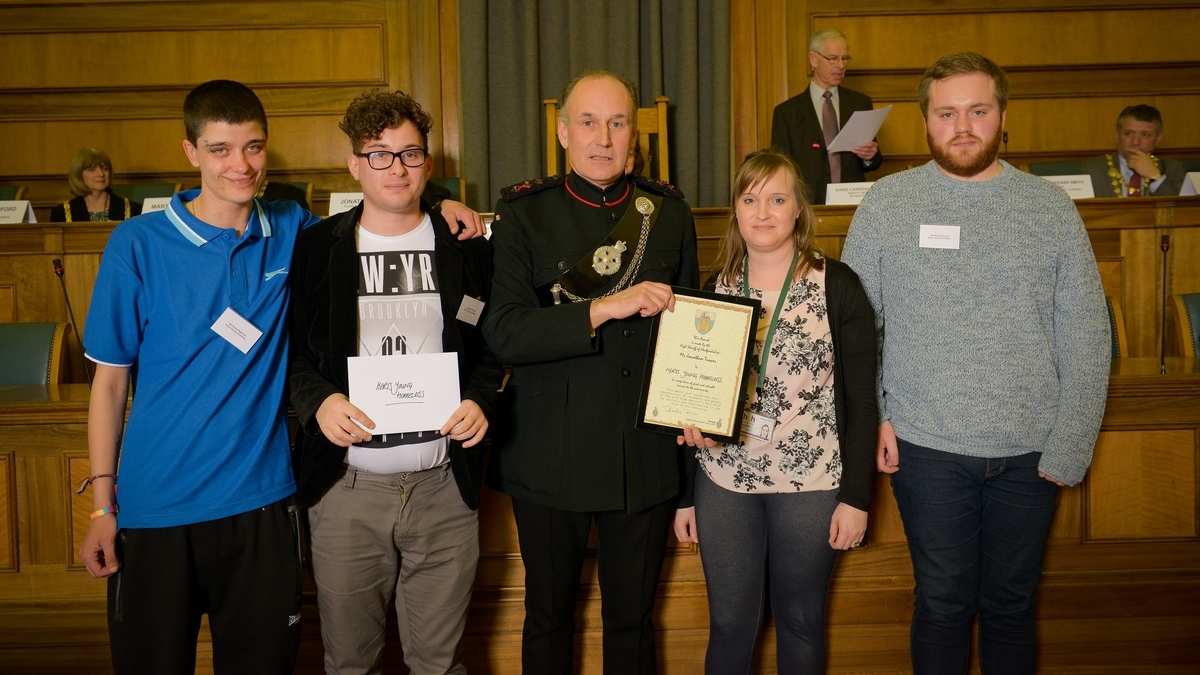 Congratulations to our hard-working iPro volunteers who beat off a record number of entries to finish sixth at the annual High Sheriff’s Group Awards and receive a grant for £750 towards the project.

As an added bonus, they were also given an anonymous donation of £200 from one of the guests at the awards ceremony at County Hall, who was impressed with the group’s work.

“This award and grant will help us involve more young people in the project and help them rebuild their lives after their homeless experience,” said delighted iPro coordinator Anna Moore who was at County Hall to receive the cheque from High Sheriff Jonathan Trower.

“We are extremely thankful for the High Sheriff’s support of the iPro project. It has given us a real sense of pride and achievement to have received this award.”

iPro is formed of current and ex-hyh service users who have experienced homeless. They volunteer their time to help with fundraising and give feedback on hyh services to help improve them. Volunteering with iPro allows members to meet people with similar experiences to their own, build confidence and develop new skills.

“The work by Herts Young Homeless in assisting and involving their current and past service-users in an involvement project named ‘iPro’, which gives opportunities to work in the charity, makes this initiative a deserving finalist,” the High Sheriff’s panel said.

The awards scheme, which received a record number of 30 entries this year, acknowledges the commitment of volunteers and charity workers, particularly in initiatives that seek to reduce crime, enhance community safety or help youth development.