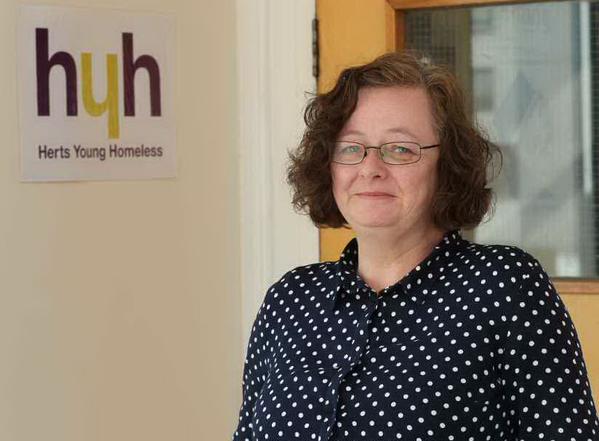 Fantastic news! Fiona MacDonald, our Tenancy Sustainment Officer at hyh, has been nominated for Role Model of the Year in the Comet Community Awards.

Fiona first joined hyh back in 2003 and has continued to be a great role model and support worker for young people who, in many cases, have had very difficult upbringings.

Fiona’s role is funded by Letchworth Heritage Foundation and North Herts Homes, whose financial support enables us to deliver this vital service.

Fiona was nominated by Jacqueline Harris, who is a housing officer at North Hertfordshire Homes. Jacqueline said, ‘I feel that she is a really good role model for people. She just goes above and beyond for her clients who are sometimes very young people.’

hyh would like to say a huge well done to Fiona and good luck for the final vote!